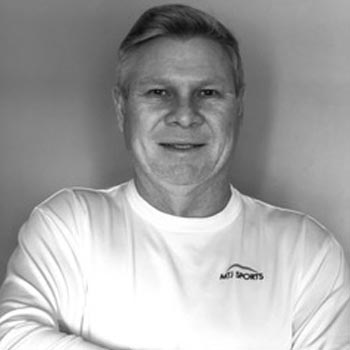 Mats Jonmarker is the CEO and founder of MTJ Sports, an Illinois based company since 2006, and a leading supplier and installer of indoor and outdoor sports surfaces and equipment in the United States. MTJ focuses on highest quality products, systems and services in the sport sector, mainly indoor / outdoor mini-pitch soccer and multi-sports facilities, tennis courts, pickleball courts, futsal courts. He was  born in 1961 in Sweden and began his sports career in Europe as a member of the junior national teams of golf, hockey and soccer, in 1985 he joined the PGA as a professional golf player. Mats served 18 months in Swedish Military between High School and College. At age 20 Mats left to attend college at Weber State University, Ogden, UT, USA on a golf scholarship and played 4 years of NCAA Div 1 College Golf with All-American Honorable Mention in 1983. He has a degree in Business Management from Weber State University in Utah and moved to Chicago (Kewanee) in 1986. Mats travelled around the world since an early age and later for international business. Married with wife Teri since 1989 his three children, Natalie, Lauren and Noah are all former school athletes.

Mats will be committed to promote and install WSB SPORT Systems in mainly the Midwest of America, but also committed to support sales and installation throughout North America and other Countries as needed to make the 5-A-Side Soccer a global success.