Opening one’s own sports center is not an easy task and in particular it is difficult to find the right place based on potential customer flows, technical feasibility and convenience based on the required rent. The tendency is obviously to favor suburban neighborhoods, areas perhaps characterized by offices, industries or universities, where demand is certainly greater. Moreover, in these contexts it is certainly easier to find, for example, industrial sheds that are well suited to your needs, at low prices.

At other times, however, going against the grain could turn out to be the right choice. Many are in fact those who are aiming the city centers, perhaps sacrificing space and sustaining high costs, but taking advantage of a huge potential clientele and unattainable time in the suburbs. Brooklyn, Montreal, Amsterdam, there are many new projects that are moving in this direction, perhaps opting for modular fields just because of space. 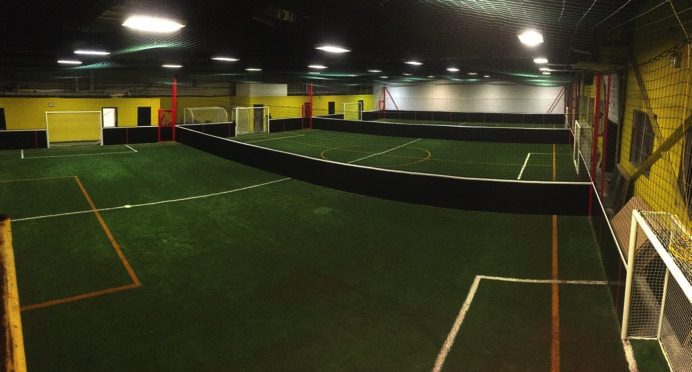 In this context we insert very interesting cases in which it was decided to install the fields directly on the terraces of buildings, usually unused spaces that can then be rented at more affordable prices.

WSBSPORT, more than two years ago, created three fields on the terrace of a building in Malaga and this year it will be repeated in Shanghai where two outdoor camps have been commissioned to be installed on the terrace of a mall in the city center. The result is certainly spectacular but we must be very careful because it is still always very delicate interventions, each one characterized by its specificity.

As for the sports center of Malaga, WSB opted for the construction of a reinforced concrete curb. This was necessary since the latero-cement floor did not allow the fixing of the poles and did not contain the bending moment that these generate at the base due to the nets and the wind. All this implied the creation of non-standard structures created for the occasion. Finally, the plan was leveled through a fluidifying cement so as not to have problems with laying the lawn. 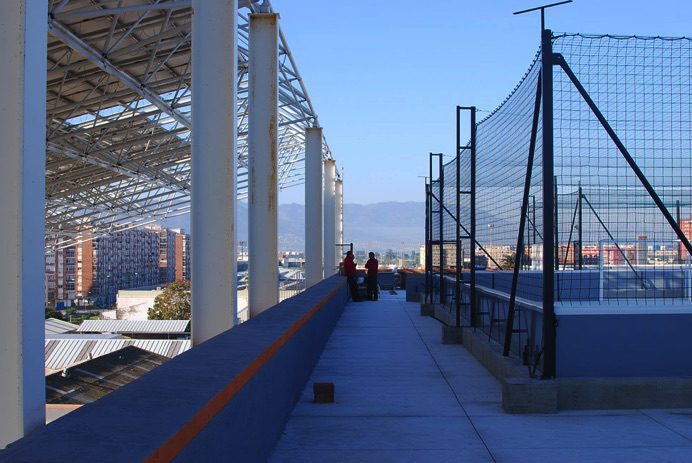 The Shanghai club instead required the construction of a floor above the floor as, since the fields were fully glazed, it was not recommended to make variations on the structure much more delicate than the standard sandwich panels. Obviously the use of glass required special care for the study of loads as it was feared that the weights on the floor could exceed 300 kg / sqm of project. 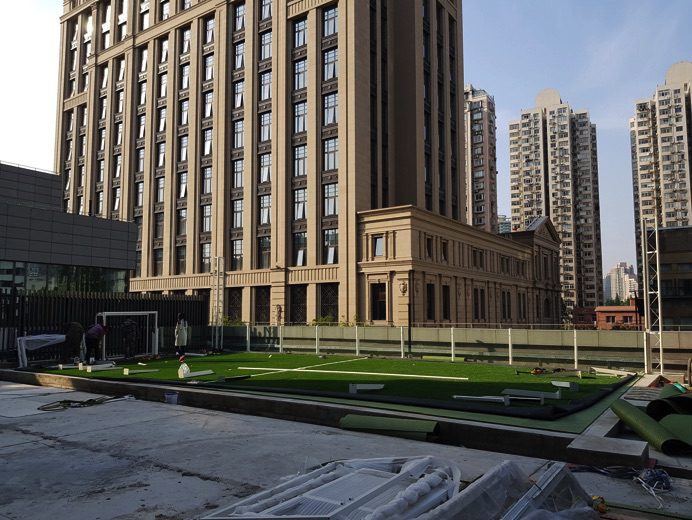 For both cases, bringing the material to those heights revealed a project in the project. In particular, the Shanghai club, in the center of the city, has requested the rental of an exceptional crane to be able to lift the tempered glass packages by 2t each, in the evening, so as not to interfere with local traffic. and in a very short time so as not to bother the residents. The lifting of the windows required a static and dynamic calculation for each phase, from picking to positioning, taking into account the wind and the handling speed to be adopted.

Both clubs now benefit from fields that, illuminated in the evening, are clearly visible from the street and represent in the most spectacular way the best publicity of themselves. It is however good to always keep in mind that it is never a question of repeatable interventions in any context and that each project has its own problems that need to be analyzed in detail well in advance. 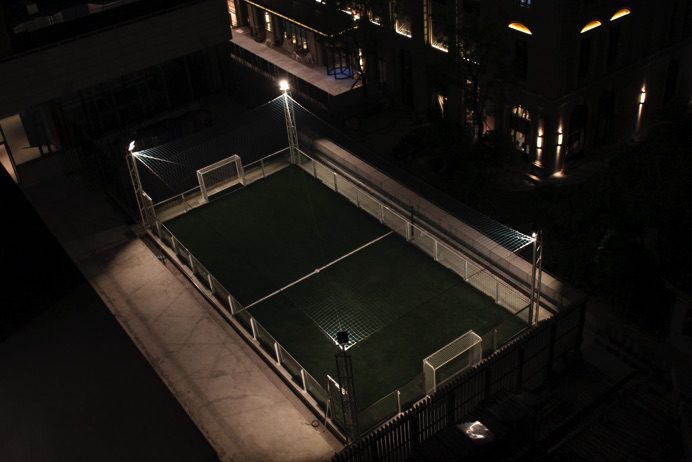